Equal is not an operation

Home/General/Equal is not an operation
Previous

Equal is not an operation

Consider the problem “3 + 5 = ____ + 2”. Any elementary teacher will tell you instantly the most common WRONG answer is 8. The teacher will then lament that students just aren’t reading the entire problem. I’m not convinced this is the case. I believe students think that the equal sign is an operation.

An operation versus a comparison

In elementary mathematics students learn that there are 4 operations – addition, subtraction, multiplication, and division. An “operation” is an instruction to perform a task. So, for example, in the problem 3 + 5 we teach students to perform the addition of 3 and 5 and arrive at an answer of 8.

A comparison, on the other hand, has to do with determining if two numbers are the same or if one is larger than another. The common symbols for these comparisons of course are “=”, “<“, and “>”.

Unfortunately, it appears that many students treat the equal sign as an operation, meaning they are to perform a task. Think, for example, about a calculator. 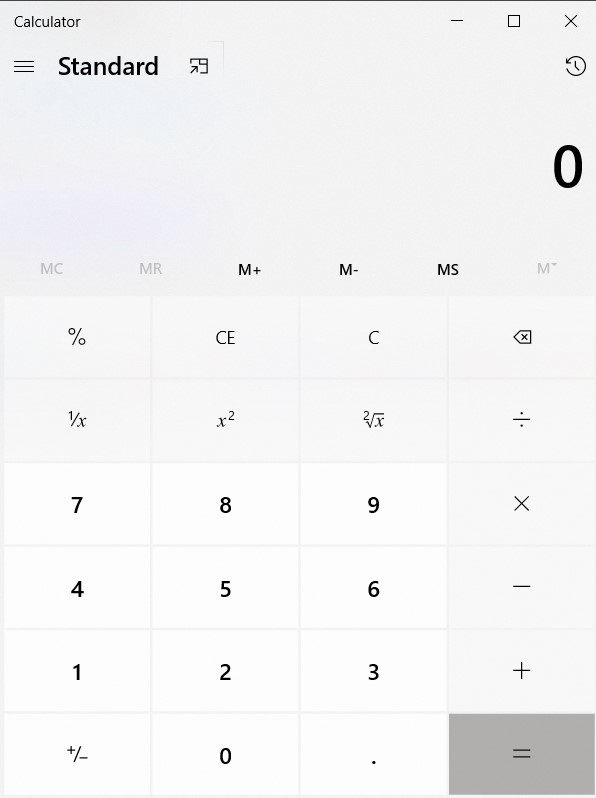 When someone enters in “3 + 5” to the calculator, the operation is not performed. To perform the operation we must press the “=” button. Thus, we tend to start thinking about the equal sign as meaning an operation – performing a task – rather than a comparison.

Worksheets that treat the equal sign as an operation

But often we as teachers perpetuate the same issue, even if we don’t use calculators in our classroom. Consider this worksheet sample: 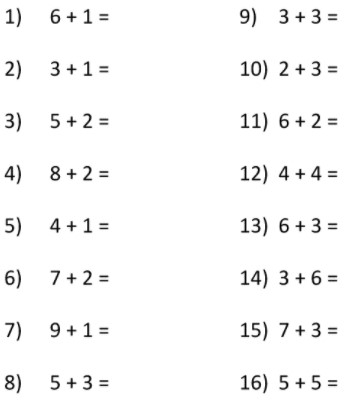 Notice how this is setup. The equal sign is subtly communicating the idea that it is OK to perform this operation now. Rather than giving the instructions “Compute the answer to the following problems” and then giving the problems as “1)   6 + 1”, we use the equal sign to communicate “do the operation.”

Thus, when a student sees “3 + 5 = ___ + 2”, they have been carefully trained when they see the equal sign to complete the operation before moving on, and so of course they come up with the incorrect answer of “8”.

So what do we do?

First, as teachers we need to recognize the difference between an operation and a comparison.

Second, we need to be extraordinarily careful in our use of calculators and how we present worksheets. Make sure that whenever we are using the equal sign it is to COMPARE two quantities and not to get an answer.

Finally, as early as possible embed problems such as “3 + 5 = ____ + 2” so students learn from an early age that the equal sign is to compare and not to compute.

Download a two page poster of Operations and Comparisons for free: https://www.teacherspayteachers.com/Product/Operations-and-Comparison-Poster-6607671 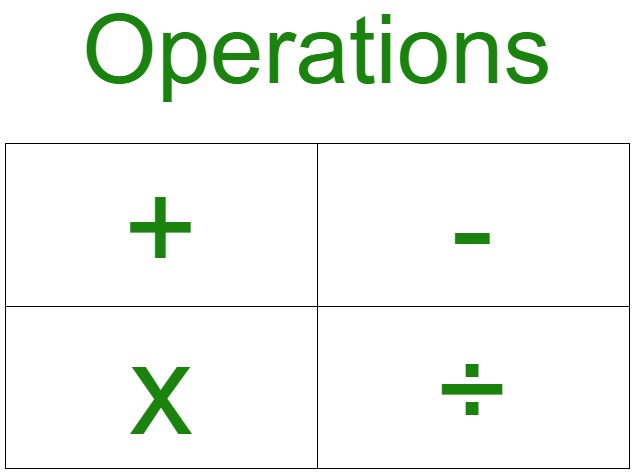 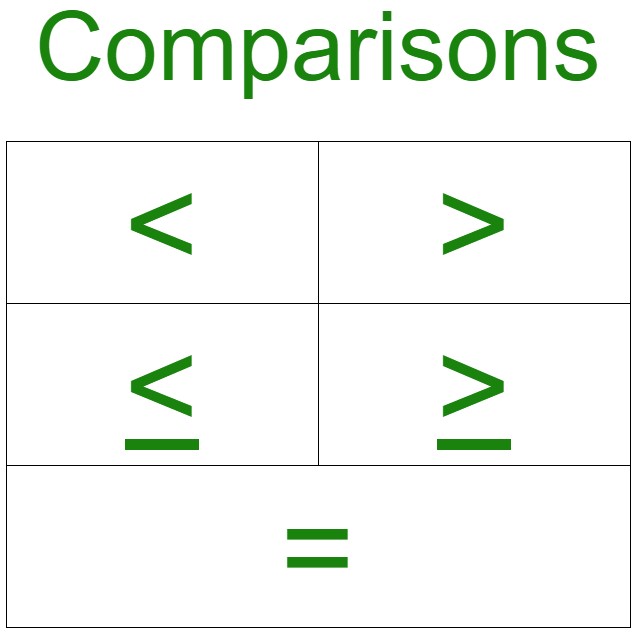 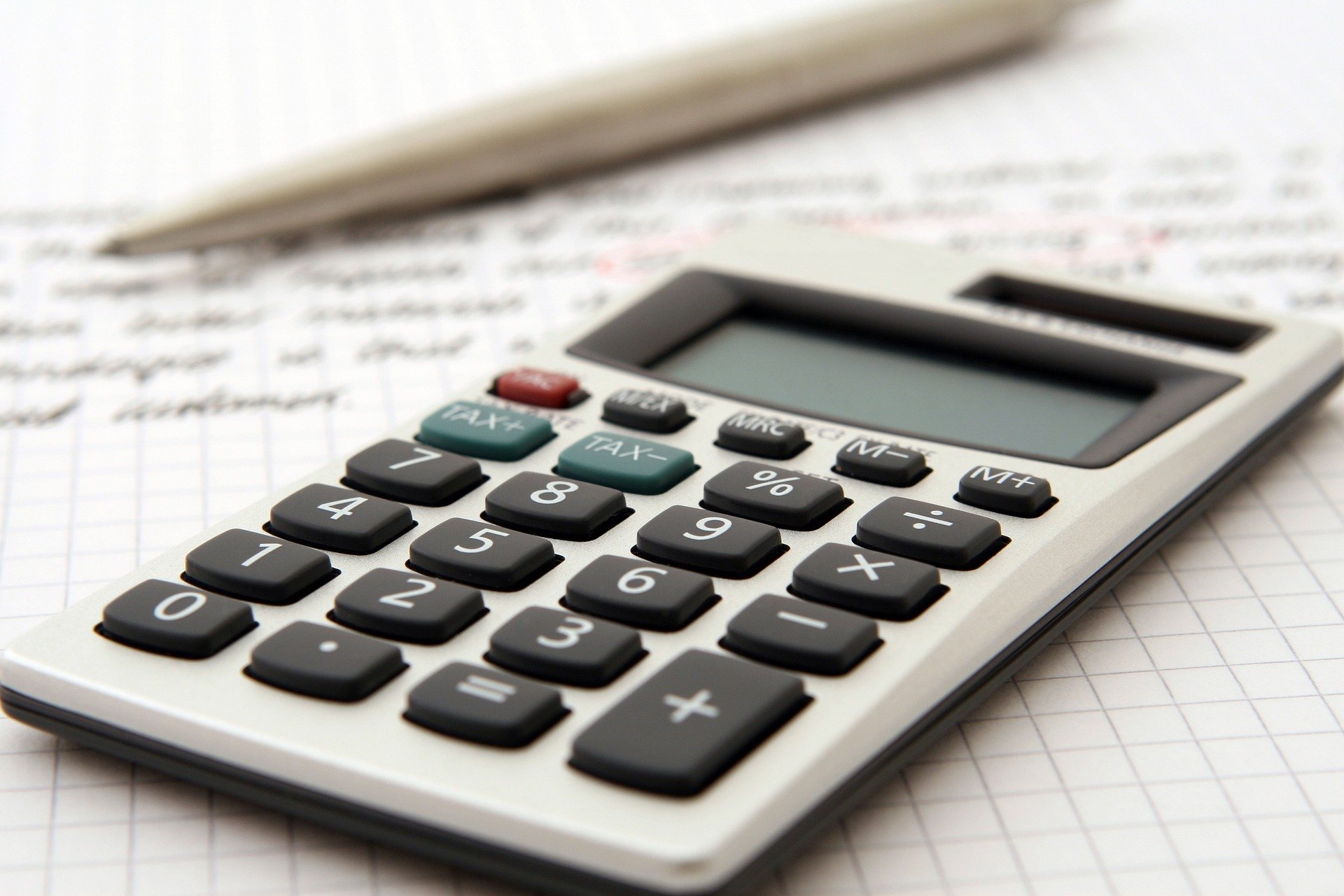 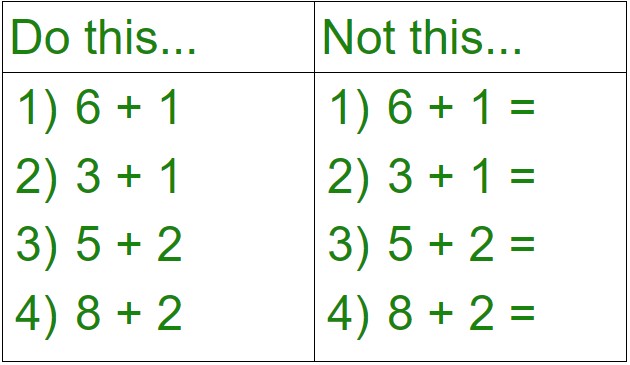