Brian Twitchell, often known to students as “Mr. T”, has spent his career in math education. Beginning at the University of Maine as a graduate student in mathematics, Brian has taught as both a graduate teacher assistant and as a part time instructor.

After receiving his B.A. and M.A. in Mathematics, Brian began teaching Mathematics at Mt. Abram Regional High School in MSAD #58 in western Maine. During his 24 years at that high school, he was involved in numerous activities around mathematics, including math competition, training high school teachers around the country in the standards-based high school program MATHConnections, teaching as an adjunct instructor in Franklin County for Central Maine Community College, and more.

In 2015, Brian left his position at Mt. Abram High School and began a job as the district math coach for RSU #74 in the nearby town of North Anson. He joined the Maine Mathematics Coaching Project (MMCP) at the University of Maine in Farmington, completing that program in the spring of 2017. He then began working on the Math Leadership Certificate Program, also through the University of Maine in Farmington.

Brian resides in Kingfield with his wife, Kathy, and most of his 6 children who still live at home. 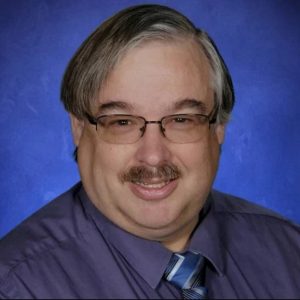